Since 1912, when the Jewish Weekly first published (the paper reincarnated as The American Jewish World in 1915), the AJW has served as an important news resource for the Jewish community, uniting the main Jewish communities in St. Paul and Minneapolis, as well as those in Duluth, Rochester and smaller cities, and bridging the divides between the various Jewish religious streams.  The American Jewish World exists to tell the Jewish story and to be a catalyst for Jewish unity and cultural vitality. The newspaper that used to be the “Voice of Minnesota Jewry” now amplifies the “Voices of Minnesota’s Jewish Community.”

The American Jewish World community newspaper is published every other Friday by Minnesota Jewish Media LLC. Subscriptions cost $30 per year, or $50 for two years. 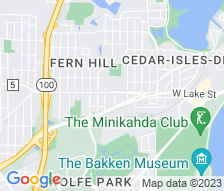