J Street Minnesota is the local branch of J Street. J Street is the political arm of the pro-Israel, pro-peace movement. J Street was founded to change the dynamics of American politics and policy on Israel and the Middle East. We believe the security and future of Israel as the democratic home of the Jewish people depend on rapidly achieving a two-state solution and regional comprehensive peace. Our mission is to promote meaningful American leadership to achieve peace and security in the Middle East and to broaden the debate on these issues nationally and in the Jewish community.

J Street represents Americans, primarily but not exclusively Jewish, who support Israel and its desire for security as the Jewish homeland, as well as the right of the Palestinians to a sovereign state of their own - two states living side-by-side in peace and security. We believe ending the Israeli-Palestinian conflict is in the best interests of Israel, the United States, the Palestinians, and the region as a whole. J Street supports diplomatic solutions over military ones, including in Iran; multilateral over unilateral approaches to conflict resolution; and dialogue over confrontation with a wide range of countries and actors when conflicts do arise. For more on our policy positions, click here. J Street will advocate forcefully in the policy process, in Congress, in the media, and in the Jewish community to make sure public officials and community leaders clearly see the depth and breadth of support for our views on Middle East policy among voters and supporters in their states and districts. We seek to complement the work of existing organizations and individuals that share our agenda. In our lobbying and advocacy efforts, we will enlist individual supporters of other efforts as partners.

The J Street family consists of three legally independent organizations. J Street is itself a 501(c)(4) non-profit corporation, and a registered lobbying organization, which uses online organizing, advocacy, and education to achieve its goals on Capitol Hill and with the Executive Branch. JStreetPAC is a legally independent political action committee and is the first PAC specifically established to endorse and raise money for candidates for federal office who support active American leadership to bring peace and security to Israel and the Middle East. In its first year, JStreetPAC raised nearly $600,000 for its 42 endorsed candidates for U.S. Congress, 34 of whom won their races. J Street Education Fund, Inc. is a 501(c)(3) charitable organization. It aims to educate targeted communities about the need for a two-state solution to the Israeli-Palestinian conflict, raise the visibility of a mainstream pro-peace, pro-Israel presence within the American Jewish community, and promote open, dynamic and spirited conversation about how to best advance the interests and future of a democratic, Jewish Israel.

J Street Local, J Street’s national field program and J Street U, J Street’s on campus movement are programs of the J Street Education Fund. Brit Tzedek v'Shalom mergerd with J Street early in 2010. Brit Tzedek V'Shalom (The Jewish Alliance for Justice and Peace) was formed as a national organization in 2002 by American Jews with deep and abiding connections to Israel who are working to secure a just and lasting peace between Israel and the Palestinian people through Israel's return to 1967 borders and the creation of a viable Palestinian state alongside Israel. 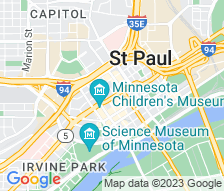