Saint John's University and the University of St. Thomas, two premier Catholic institutions of higher learning in Minnesota, have played a leadership role in interfaith education.  In 1996 these schools formed a partnership whereby each of their individual programs in Jewish-Christian understanding could be mutually enhanced.

In 1969, the illustrious philanthropist Jay Phillips had founded a Chair in Jewish Studies at Saint John's University in Collegeville, Minnesota.  the rabbis/scholars who served in that position over the years taught courses in Jewish religious thought to undergraduates and seminarians, hosted scholars as lecturers at the university, and participated in general campus life.

In 1985, upon his retirement as senior rabbi at Minneapolis' Temple Israel, Rabbi Max A. Shapiro became the founding director of the Center for Jewish-Christian Learning at St. Paul, Minnesota's College (now University) of St. Thomas. With the key assistance of Monsignor Terrence J. Murphy, college president, and the magnanimous support of the late Sidney R. Cohen and Thomas P. Coughlan, augmented by a cohort of generous benefactors, Rabbi Shapiro build a premier center. There the two faith communities learned from each other's heritages and ethical and religious views.  Notable guest lecturers Elie Wiesel, Joseph Cardinal Bernardin and Ambassador Abba Eban, along with many outstanding religious and communal leaders, have been guests of the center.  In addition, the center sponsored community-wide adult education sessions, underwrote artistic projects that enabled the two religious communities to grow in mutual harmony, and undertook the annual publication of its lectures.

In 1996, under the guidance of Rabbi Shapiro, now director emeritus, and with the counsel of the founders of these two programs, the two universities partnered to merge these separate entities.   The center personnel, Rabbi Barry D. Cytron, Dr. John C. Merkle, and Karen L. Schierman, staff and administer the various center projects on both campuses.  These include an active lecture and dialogue series with noted academicians, hosting distinguished leaders like William Cardinal Keeler and the late Rabbi Alexander Schindler, and sponsoring noteworthy visiting authors.  In addition to a full schedule of classes at both universities, the center hosts week-long interfaith study workshops and brings scholars-in-residence to Christian and Jewish organizations congregations, and to colleges and seminaries, across the twin Cities, as well as out-state Minnesota and Iowa.   It supports significant work in Holocaust education, including sponsoring an annual trip to the United States Holocaust Memorial Museum, and guest lectures and university courses on the Holocaust.  The center makes extensive use of the Internet for circulation of its major addresses, and is affiliated with other centers devoted to Jewish-Christian relations, both throughout North America and in Europe. 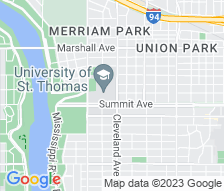