The Jewish Community Relations Council of Minnesota and the Dakotas (JCRC) serves as the designated public affairs arm of the Jewish community to elected officials, the media, and other religious, racial, and ethnic groups. JCRC educates and mobilizes the Jewish community for advocacy and action on such issues as hate crimes, social justice, religious liberty and other areas of common concern. The JCRC utilizes hundreds of volunteers in ways that enrich the volunteer and nurture community. 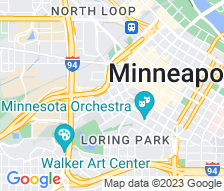