Minnesota Jewish Theatre Company (MJTC) was born in July of 1994, just over a year after Producing Artistic Director Barbara Brooks gave birth to her first child. As she nurtured her son through his initial months, she thought often about her own identity and how she could continue her Jewish heritage into the next generation. Beyond that, how would her son and his future friends – Jew and non-Jew alike – learn to share and find richness in each other’s diversity? Thus, the Theatre Company has focused on “Telling Stories of Our Common Search for Identity in a Multicultural World.” Since 1997, the plays have been presented at the intimate, 150-seat Hillcrest Center Theatre at 1978 Ford Parkway in the Highland area of St. Paul. 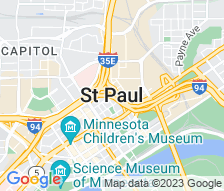