The Orthodox Union is the largest and most dynamic Jewish movement of its kind in the world; the central address and national spokesman for 1,000 synagogues; a not-for-profit educational, outreach and social service organization which serves the burgeoning North American Jewish community.

Since its founding 100 years ago, the Union has served as the central coordinating agency for American and Canadian Orthodox Jewish congregations. Our proven, effective activities and programs serve as the Jewish life-line to hundreds of thousands in the United States, Canada, Europe and Israel. 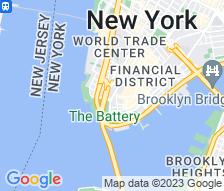