IZUN/MIZAN (lit. balance in Hebrew&Arabic): A Film and Dialogue Series will be a presentation of a series of films focusing on the Israeli/Palestinian conflict and the creation of opportunities for interfaith dialogue and learning after each screening.

All too often, the contemporary conflicts between Israelis and Palestinians, and between Jews and Muslims, in the Middle East are reduced to simple caricatures; proposed solutions are often one-sided formulae; and the communities that have a vital stake in the issues are often polarized. IZUN/MIZAN is born of the conviction that the medium of film is particularly well-suited to unearthing many layers of complexity and bringing viewers to new vantage points in a short period of time.

IZUN/MIZAN will offer a selection of carefully curated films preceded by an introduction with study questions. The films presented in this series will be chosen for their artistic quality, for their ability to deepen the participants’ understanding of the complexity of the middle-east conflict in Israel/Palestine and function as segues into inclusive dialogue in the post-film viewing experience.

Current research suggests that college campuses are particularly polarized places when it comes to Israel. Because the popular views on college campuses are often extreme ones, both anti-Israel groups and the mainstream Jewish community marginalize and isolate those seeking to formulate a more nuanced approach. Our experience with college students in the Twin Cities confirms this.

On a recent visit to Macalester College, we met with students who described to us two events that happened on campus last year. One was a program that encouraged the consideration of a moderate view on the Israeli/Palestinian conflict. The event was very poorly attended. The other was with a Dr. Hajo Meyer, who drew from his experience as a Holocaust survivor to frame his understanding of the Israeli-Palestinian conflict, suggesting similarities between Israelis and Nazis in their treatment of Palestinians and Jews respectively. The house was packed with students and community members. The students with whom we met expressed frustration with the most popular programming being that which espouses extreme views on the conflict, while opportunities for true dialogue are scarce. After receiving the description of IZUN/MIZAN, the students told us that this project was exactly what they are looking for: a place to have a rational and safe discussion of feelings and beliefs around the conflict that does not devolve into a political debate. Sara Sandmel, a student at Macalester, writes: “As a notoriously liberal campus with a taste for extremes, Macalester is very much in need of programming around the Israeli/Palestinian conflict that attempts to address its complexities and nuances. This film series is a great opportunity to get students looking at and talking about both sides of the conflict, and thinking about it from different angles than I have seen presented on campus.”

The audience for the series will be anyone concerned with the conflict in the Middle East. Outreach will be to Jews, Muslims and Christians, college students, members of the interfaith communities of the Twin Cities. 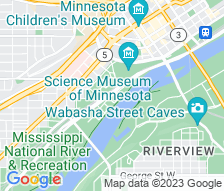