At its peak the Jewish population of the area numbered 3,000-3,500 people. However, the population currently numbers about 800-900 people. With the decreases in population, the Reform and Conservative congregations merged in 1971 and created Temple Israel. In 1975, the Jewish Educational Center and Temple Israel merged physical resources. A sanctuary addition was constructed. As the needs of the Jewish community have evolved, the Temple/Center has grown to handle the needs. 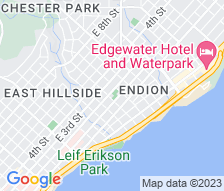