David Harris, vocalist and co-founder of Voices of Sepharad, has been exploring Sephardic culture for nearly 20 years. He was first attracted to the culture through its richly ornamented musical styles. Trained in anthropology and a professional musician, David soon began to study the connections between Sephardic music and numerous cultures that have shaped and transformed it. In 1986 David and Judith Brin Ingber, a specialist in Jewish dance, founded Voices of Sepharad to preserve and present Sephardic performance for American audiences. Since that time David has traveled to all of the primary areas of the Mediterranean where Sephardic Jews settled after their expulsion from Spain in 1492. In each region he has sought out and learned from living representatives of the tradition. This has given Voices of Sepharad insight into the subtleties of this music, the settings in which it is performed, and the ways it is skillfully varied by musicians. The group’s performances blend close attention to tradition with a fresh theatrical dimension that is well suited to the stage. 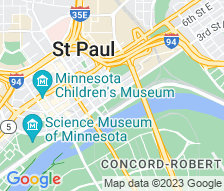