ISRAELIS REACH ACROSS THE BORDER TO HELP SYRIAN CHILDREN

“Before, these people knew us only as enemies. Now they know that we care about them and we will treat them. We are their hope.” 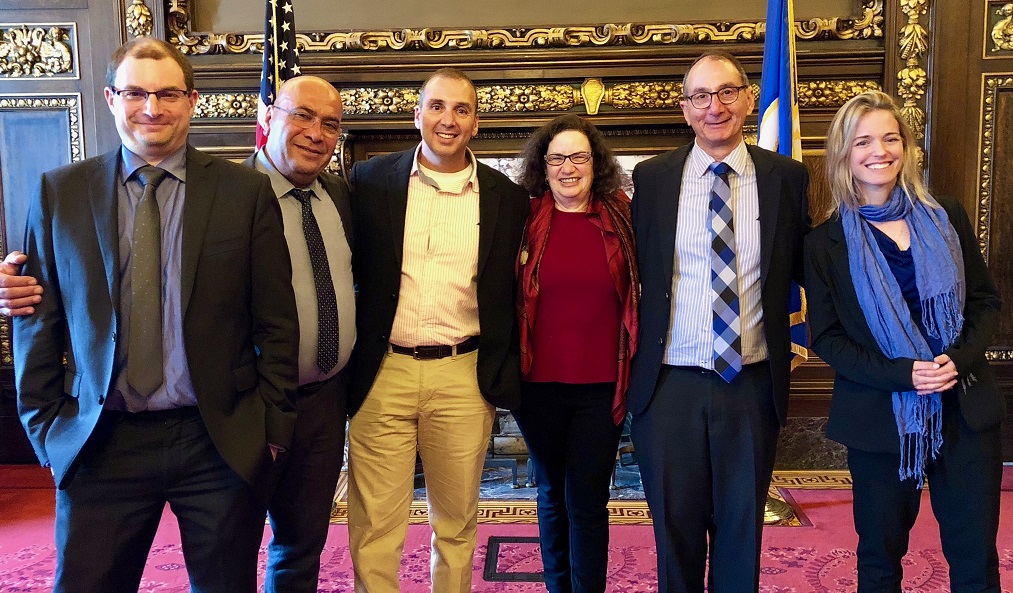 The conflict in Syria is now seven years old. With the country’s medical infrastructure deliberately targeted and destroyed, many children in the war-torn country have never seen a doctor and have no access to medical treatment of any kind.

During the second week in May, four leaders from the medical staff of Baruch Padeh Medical Center at Poriya, located in St. Paul’s partnership region, Sovev Kinneret, came to St. Paul to share this story. They, along with three other hospitals across Northern Israel, have treated 1,200 Syrian children in the past two years.

“It’s a drop in the bucket—tens of thousands of children have been killed and many more injured,” admits Dr. Batsheva Tzadok, deputy director of Emergency Services at Poriya. “But we operate by the Jewish teaching that when you save a life, you save the world. We look at what is happening in Syria and we see a Holocaust. Every one of us wants to do whatever we can to help.”

The medical delegation was led by Dr. Erez Onn, Poriya’s director general. He and Tzadok were joined by Dr. Milad Qarawany, director of trauma surgery; and Mr. Esam Mansour, a director of nursing in charge of CPR training.

The story starts with IDF efforts to save Syrian victims

The story of treating the Syrians began about five years ago. Wounded adults were left in the middle of the night by their compatriots at the border fence in the Golan, a mere 12 miles from the hospital. IDF patrols found the wounded and brought them through to treat them, setting up field hospitals especially for this purpose. But they realized that many of the injuries needed more sophisticated attention. So, the IDF took the wounded to Poriya. They would treat them, no questions asked—some undoubtedly fought for ISIS, some were rebels and some were government soldiers.

“We kept politics out of it. The staff were instructed to ask no questions. We are treating human beings. That’s who we are and that’s how we approach it,” said Onn.

The Real Face of Israel

During their Twin Cities visit, the delegation shared their humanitarian story with a variety of audiences and showed them the real Israel that Americans don’t often see on the news.  They spoke to medical staffs at University of Minnesota Masonic Children’s Hospital and HCMC in Minneapolis, and Gillette Children’s and Regions Hospitals in St. Paul. They also met with legislators at the State Capitol.

The group spoke at a community forum hosted by the St. Paul Jewish Federation and at Temple of Aaron, Beth Jacob and Mount Zion Temple. They also met with a class at Living Word Christian Center. They shared the podium with the director of the St. Paul-based Center for Victims of Torture during an event at the University of Minnesota. Both organizations are on the front lines of treating Syrians devastated by war.

The treatment of Syrian children began two years ago. The IDF, working in clandestine operation with the few Syrian doctors who remain, arranged to bring a busload of children across the border under the cover of night every two weeks.

Even ordinary medical conditions, like tonsillitis, can be fatal in Syria now. So, in the course of about 18 hours, the staff at Poryia treat two dozen children, then send them back to the border with a three-month supply of medicine and other basic needs. The hospital staff volunteer their time beyond ordinary shifts, and many bring food, clothing and toys for the sick and injured children and their families.

“Before, these people knew us only as enemies. Now they know that we care about them and we will treat them. We are their hope,” Mansour told an audience.

“We treat them, but in the end, we don’t know what will happen to them. They want to go back home. They have families, so we treat them and send them back and hope for the best,” Qarawany said.

The make-up of the delegation tells another story about Israel. Qarawany is a Christian Arab. Mansour is a Druze. Other leaders and staff at the hospital are Muslim, Circassian and Bedouin minorities.

“We work together, we are a family, we love each other. We leave politics outside the doors,” said Dr. Onn.

The visit of the Poriya delegation to the Twin Cities was organized by the Jewish Federation of Greater St. Paul through P2G—Partnership Together, the sister-region program that Federation supports.

Learn how Israel's Poriya Hospital treats sick and injured Syrians who are victims of the war.

The Poriya medical delegation was featured on a Fox 9 news story. You can see it here:

The St. Paul Jewish Federation thanks the community volunteers whose dedicated work made this visit possible. We especially thank Yiscah Bracha who spent the last 15 months organizing the logistics that made the visit a great success.
We also thank:
• Jonathan Eisenthal
• Sheri Yarosh
• Aaron Biel
• Allan & Helen Rossman
• Cynthia Freedman
• Yoav & Rosalyn Segal
• Laurie Radovsky & Geoff Marshall
• Debbie & Gerard Engelen-Eigel
• Ed & Faye Feinstein
• Mike Selon
• Karen & Ron Matz
•Twin Cities doctors and medical staffwho organized hospital visits
• Jewish Community Relations Council of Minnesota and the Dakotas, organizer and facilitator of the visit to the Minnesota State Capitol
If you would like to get involved in P2G and the many programs we sponsor, please contact Marilyn Ruby at mruby@stpaulfed.org or 651-695-3181. 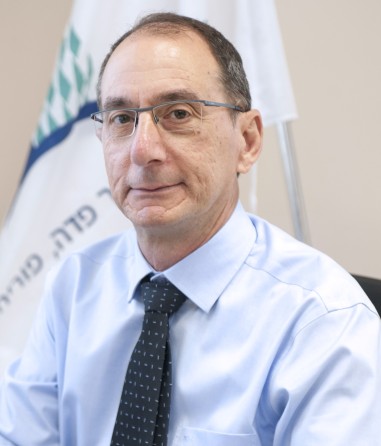 Dr. Erez Onn is Director General of Poriya Hospital.  Medical Specialty: Orthopedic Surgery.  Dr. Onn also has an MA in Political Science, and a degree in Medical Management.  His vision for the hospital:  Apply international standards of quality care; broaden service diversity.  Implement new diagnostic and treatment technologies, including advanced information technology. Improve accessibility. Improve communication and collaboration with community doctors. Integrate teaching and research with the Faculty of Medicine in the Galilee.  Actively participate in the community in areas of society, health and welfare; strengthening the bond between the medical center and the communities it serves. 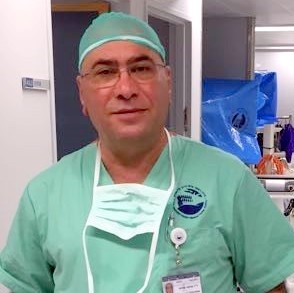 Dr. Milad Qarawany leads the Trauma Unit, and was Acting Director of the Surgery Department, and Head of the Emergency and Disaster Committee. A senior surgeon specializing in abdominal conditions, with expertise in Emergency Medicine, Dr. Qarawany was born and lives in Maghar, a nearby Arab village home to Arabs, Druze, Muslims and Christians.  He graduated from the Galilee Christian High School, and received his MD from Hebrew University, Hadassah Medical School.  He belongs to Israel’s Medical Association; Surgical Society; Society of Trauma; Association of Emergency Medicine; and Society of Colorectal Surgery.  He is a leading member of the recently formed Multi-Existence Forum, recognized by Israeli President Rivlin for promoting mutual respect, understanding and harmonious existence among the diverse communities in Israel’s north. 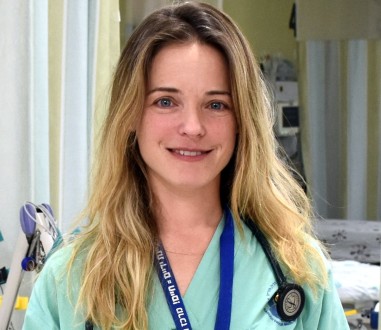 Dr. Batsheva Tzadok is the Deputy Chief of the Emergency Department.  A New York native, she received her undergraduate degree in Biology at Brandeis University, emigrated to Israel in 1996, and received her MD at the University of Tel Aviv Sackler School of Medicine (1998). In addition to providing direct clinical care, Dr. Tzadok plays an active role in training residents, physicians and interns on topics of emergency medicine with a focus on resuscitation and point of care ultrasound.  She served as Medical Advisor to the Israeli-Palestinian Cooperative for Economic Expansion from 2012-2013.  She voluntarily coordinates community donations of clothing, toys and food to Syrians living in villages devastated by the nearby Syrian civil war. In 2017, she received an Excellence in Teaching award from the Bar Ilan Faculty of Medicine in the Galilee. 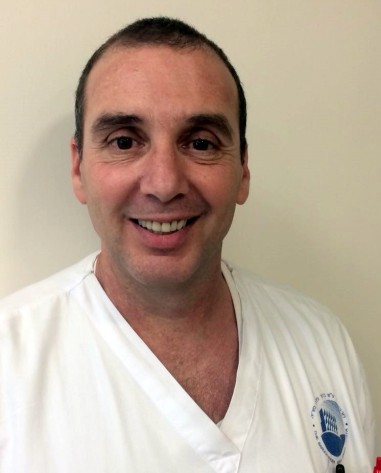 Mr. Esam Mansour leads nursing administration.  He was head of the trauma division, and has developed training systems in the trauma room, including training in Basic Life Support and Advanced Cardiac Life support. He also has managed the database which monitors trauma statistics, and has led quality assurance effort in treating injuries. Since 2009, he has been a member of the life support committee, which won recognition as Outstanding Team in 2017.  He personally won the Ministry Outstanding Employee award in 2017.  Mansour was born in and received his early education in Maghar, and received his nursing degree at Assaf Harofeh School of Nursing, Hebrew University.  He has also received certificates in ECG monitoring, specialist intensive care, and nursing management. He served as a combat medical technician and clinical head during his regular military service; in the Reserves, he is First Sergeant Battalion Emergency Medical Technician.